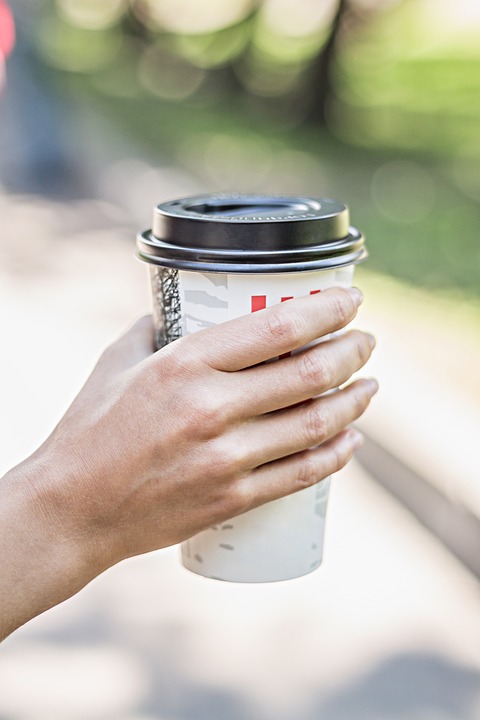 It was a pretty typical Monday afternoon. I went in the local coffee shop to grab a quick cup of coffee so that I could make it through an hour at the gym, and the never-ending supply of work that I brought home with me that day. I stepped up to the counter and I ordered my usual, Americano with a double shot of espresso. It was going to be another long night.

After about five minutes, the woman behind the counter reached over and handed me my coffee in a to-go cup, I said thanks, she said come again, and I was off, back to business. Up until that point, everything was normal. I walked out the door and headed towards my car to start on my 45-minute journey home, if traffic wasn’t that bad but, it always was. This was certainly not my favorite part of the day. At least I had a cup of coffee to make it through the long drive and whatever nonsense awaited me upon arriving at home.

I had just crossed the street and was about ten steps from my car door when I stopped for a second to take a sip of my coffee. At that point, I didn’t even have the energy to finish walking to the car and sit down. It was then that it happened. I brought the cup up to my lips to take a sip and I noticed something scrawled on the side of the cup. Usually, it would have said my name and then a two, indicating a double shot but not this time. This time, the words written on my cup stopped my heart for a moment and made me feel weak in the knees. Two simple words were written on the side of my cup, “You’re Beautiful”. As simple as those words may be, that day, it was exactly what I needed to hear.

The woman who made my coffee didn’t know me, we had never even exchanged small talk when I ordered my coffee. But for some reason, this woman chose to be kind to me. I’m sure she has done things like this for many customers before, I doubt I am really that special but had she known me, she would have known that was exactly what I needed to hear.

You see, I had recently been diagnosed with bipolar disorder, though I was already in my mid-twenties at the time, the doctors never made a diagnosis because they had previously considered me to be just a “normal emotional teenager”. This day, in particular, was worse than any other day I had ever experienced for a few reasons.

First, after I was officially diagnosed, my boyfriend of six months broke up with me, that was on Thursday night. He said, “I am too scared to face you.” I didn’t really blame him. I was an emotional hurricane just waiting to leave a path of destruction wherever I went. That was how I described myself, I’m sure he could have thought of a few words that would have cut a little deeper.

With my broken heart, I still managed to drag myself out of bed and force myself to go to work. Though the medicine I was recently give wasn’t helping. By 9:00 am, I hit a record low and the storm cloud that lingered above my head was blacker than the darkest night. Every time I tried to pick myself up throughout the day and push forward, the dark cloud that was depression pulled me under again.

Then at lunchtime, I saw a friend who I hadn’t talked to in a while. I was instantly happy, it was like nothing had happened the night before. But by the time I was back at my desk, I was silently sobbing as I clicked away on the noisy old keyboard, trying to at least make some progress in my work.

At about 2:00 pm, my boss came into the office after a meeting with his boss that lasted for nearly six hours. He was furious and he took it out on me because I am the quiet girl in the office who won’t bother doing anything if someone is mean to her. The cruel and hateful word he sprayed at me as he criticized a project that I had submitted to him the day before tore into me like a leather strap with shards of glass and nails sticking out of every inch. He would slap me once with the strap of cruel words about how my project was garbage and then come back for more talking about how lazy and useless I was.

By the time he had finished tearing into me, I was overwhelmed with grief and self-loathing. I couldn’t keep a man in my life because I was overly emotional and scary. I would never be good enough for my boss because I was an easy target and it didn’t matter what I did, it would never be worth his time. There was absolutely nothing that could possibly make this day any worse. But I also thought the only thing that could make it better was if I just crawled into bed and never left.

If the world didn’t have to look at my disgusting face and fat body. If no one had to learn to cope with the emotional rollercoaster that I can never get off. If I would just stop trying to succeed when I know I am always going to fail, the world would be better off.

By the time I got to the coffee shop, I was angry with myself for being so useless. I was brokenhearted because of the loss of a man that I loved and who I thought loved me. And to top it all off, I still had to go home to an empty house with hundreds of things to do and no energy or desire to do them.

But that moment, those two simple words, written on my cup changed everything. I was so touched by the words written on the cup that I turned around and walked back to the coffee shop. I walked inside and asked the woman behind the counter, “why did you write this on my cup?”

She looked at me, smiled and said, “I only write what is clearly obvious. I look at you and I see a woman who has had a hard day but she has decided that she is not giving up. You came here for a double shot of espresso, instead of going to the bar for a double shot of vodka. And that makes you beautiful because you are not a quitter, you are a fighter. Fighting to not only survive but fighting for a chance to thrive. Don’t give up. Keep fighting.”

I proceeded to tell her that she had no idea what her words meant to me and she would never understand how much she touched my heart. Now to this day, I still think of the woman in the coffee shop though I moved to a different country several years ago. When I am going through my toughest battles, whether it is because of my emotions, my job, my wonderful husband or kids, or anything that else that life throws at me, I remember that I am a fighter. The battle is only lost if I give up and give into all of those things that try to drag me down. Thanks to that woman and her kind words, that is how I make it through my most trying times. I don’t let bipolar disorder define me, I decide who I am.

“Wow. Thank you for sharing, Kendra. That is a beautiful story of how powerful our words can be. Now class, let’s thank Kendra for sharing her amazing story and reminding us to use our words wisely.” The teacher nodded to Kendra and she took her seat with the rest of her college classmates. Then the next person came up to share their story.