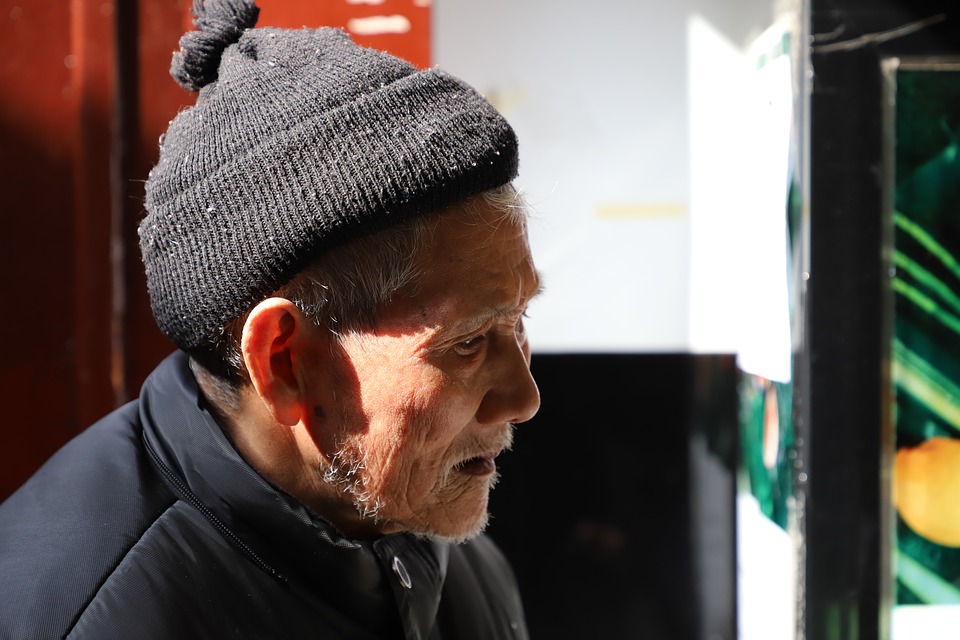 Article about growing old in China, as viewed by a foreigner living there.

An ancient Chinese proverb says this, “If a family has an old person in it, it possesses a jewel.” Generally speaking, in China, growing old is a great honor and elderly are treated with the utmost respect. But that is not always the case. There are two ways that a person can grow old in China.

First, is the culturally expected way. A man and a woman will get married, start a family and raise their children. The children will go off and get jobs and get married as the cycle repeats itself. Once parents reach a certain age, it is expected that children will return home to care for their aging parents. The responsibility is great. Buying a home that is big enough for the child’s new family and the aging parents by itself, is a painstaking task. Not to mention feeding, clothing, and keeping everyone healthy and happy.

For families with multiple children, generally, this responsibility falls on the oldest son, even if the oldest son is the youngest child.
In the case of a one child home, this is expected of that child. It is most common, for a family with only one child to be expected to care for their parents without any say in the matter. This becomes very complicated when a man and woman marry and they are both only children.

If a child returns home, usually when they are in their 40s, they are honoring their family. Not only their family name but also their elderly parents. Even if a child cannot provide the best care for their parents, they are still honoring them by staying with them as long as they are alive. This is the desired process of growing old in China. Though it is not the only one.

The second option for growing old is perfectly depicted in the picture attached to this article. Walking around the streets of China, you will see many neglected elderly people. This is a heartbreaking thing to witness, watching a man or a woman in their 70s and even 80s, sitting on a street corner begging for a little money to eat each day. Or to watch them sifting through the trash, trying to find recyclable items that they can cash in for food money.

Why does something like this happen in a country where family honor is extremely important? There are usually two reasons for this. Either the person never had children or the sadder option, the children abandoned their parents in pursuit of their own dreams. There aren’t any options for elderly people, other than caring for themselves of having children who are willing to care for them. Nursing homes and assisted living place are basically non-existent in China. Those that do exist are low quality and incapable of providing the care that most elderly people require. Even if these places do exist, they are so rare and low in quality that many abandoned and/or childless elderly people spend their golden years alone, hungry, cold, and often times, just waiting to die.

How could people let this happen? Why doesn’t the government fix this problem? These are questions that I don’t have answers for. I am a bleeding heart and could never do such a thing to my parents. If they needed me, I would give up everything I have in China and return to America. If I worked in the government, I would do everything I could to direct funding to open shelters, nursing homes, and assisted living facilities specifically dedicated to honoring and caring for the elderly. For reasons unknown, these things are not done.

If I had to guess, the second way of growing old spawns from the fact that China is still considered to be a developing country. Half of the population is caught in a pre-cultural revolution form of mind. While the younger generations are doing their best to move into the 21st century so they can have better lives and they can give better lives to their children.

The real question is not why is this happening, the questions is, “will this continue to happen as China continues to progress and develop?” Only time will be able to answer that question but, for the sake of family honor and the lives of the aging people in this great country, I sure hope things continue to get better for them.